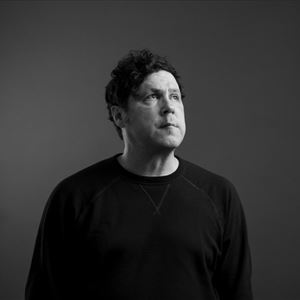 14+ only. 14s to 16s must be accompanied by an adult. No refunds will be given for incorrectly booked tickets.

We are delighted to announce that Seattle-based singer-songwriter Damien Jurado will be playing at Folkestone Quarterhouse as part of his European solo tour following the release of his 14th studio album In the Shape of a Storm (Loose music). Expect a captivating, intimate performance not to be missed

Recording and performing since the late 1990s, Jurado has built a very loyal following here in the UK. His eclectic music career began by playing with 80s punk bands in Seattle. After testing the water with self-released cassettes, he made his official full-length solo debut in 1997. With multiple albums now under his belt, he has taken his listeners on a musical journey spanning a breadth of styles and influences ranging from folk to pop, indie rock to psychedelia and with influences including Nick Drake, Neil Young, Bob Dylan, Lou Reed and Randy Newman.

Damien Jurado has collaborated extensively with Richard Swift and appears on two of Moby's tracks. His song 'Everything Trying' was featured in the Oscar-winning film The Great Beauty and two of his songs appear in the 2018 Netflix documentary Wild Wild Country.

His songs, delivered with fragile vocals, tell tales of everyday despair. His most recent album, In the Shape of the Storm was recorded in just two hours.

“a gorgeous and gutting return to Jurado’s Rehearsals For Departure-era roots, wandering and bare, wielding only guitar and voice” 8/10 UNCUT

“an intimate, yet romantic affair that swoons with love and longing as its starkly beautiful tunes gently weave across a tender emotional spectrum.” ALBUM OF THE DAY BBC RADIO 6 MUSIC