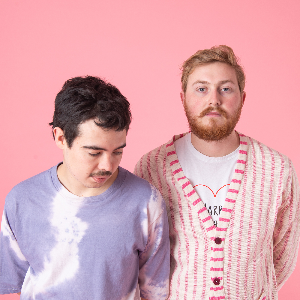 Deptford Northern Soul Club are childhood friends, Will Foot and Lewis Henderson, whose early love of soul developed after discovering Lewis’ Dad’s record collection. After finally bringing their musical heritage to the forefront with their debut DJ set at Deptford’s Bunker Club 4 years ago, they have since taken their credible and unique club night around the UK, performing at the likes of Glastonbury festival and Green Man, alongside a residency at Manchester’s YES, their beloved Bunker Club and London’s Moth Club.

Whether behind a turntable, dancing out front or in discussion, their sheer love and passion for soul is infectious, as is the spark of friendship and mutual musical appreciation between the two of them. 27-years-old but with old heads on their sharply
dressed young shoulders, they have emerged as the new face of Northern Soul, bringing the movement back into the conversation of modern dance music.

“After scouring record shops, markets and the internet for the best music for our sets we became increasingly frustrated at the cost and poor quality of the records that we wanted to play. Whilst being happy to use digital alternatives in their place, good quality WAVs for some of the more obscure tracks became near impossible to find. So, from day one we began to make a list of all the tracks we played out that were unobtainable on vinyl and those we could only have dreamt of playing that it seemed were lost to time. This list became the bedrock for Deptford Northern Soul Club Records, and with the help of Northern fans up and down the UK it grew to the point where we began searching for the rights and the highest quality audio to reissue. KTF!” - Will and Lewis

“There are no gimmicks here: just a love of all things Northern Soul.” NME

“The duo bringing northern soul back to the fore.” London in Stereo

“The crate-diggers placing rare soul in a fresh context.” Clash

“A very fresh approach to a genre that’s been a vital part of club nights for decades.” So Young