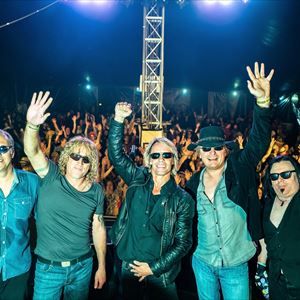 Please note the booking fee for this event includes a Levy of £1.50 which is charged by the venue

All The Bon Jovi Experience performances

The band have toured to ecstatic audiences the world over…  not to be missed.