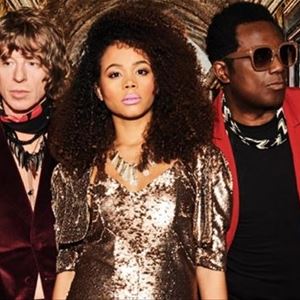 The Brand New Heavies are back at Boisdale of Canary Wharf after a sell-out show in February this year!

Pioneers of the London Acid Jazz scene, The Brand New Heavies, have been responsible for some of the UK’s biggest R&B / Soul tracks, scoring sixteen top 40 singles including ‘Dream On Dreamer’, 'Never Stop', 'Dream come true', 'Midnight at the Oasis', 'Brother Sister', 'You are the Universe', 'Sometimes', 'Stay this Way' and ‘You’ve Got A Friend’, as well as over two million album sales.

The Brand New Heavies translated their love for the funk grooves of the 1970s into a sophisticated sound that carried the torch for classic soul in an era dominated by hip-hop. Eventually adding a brass section, the Brand New Heavies built a cult following throughout the London club circuit, surviving the shift that saw the rare groove scene fade in the wake of acid house

Bar and Cigar Terrace available for pre or post-show drinks!

Jools Holland is Boisdale’s Patron of Music presenting the very best in jazz, blues and soul and occasionally rock’n’roll. Described as “London’s No 1 jazz venue” by Tatler Magazine, Boisdale of Canary Wharf is a two-floor venue overlooking the fountains of Cabot Square, which comprises an award-winning restaurant, four private dining rooms, The Oyster Bar & Grill, Terrace, the world’s most extensive whiskey bar (over 1000 malt whiskeys!)

The food offering ranges from an excellent value bar menu with a wonderful selection of burgers starting at £10.75and an A La carte menu celebrating great British ingredients with flair and imagination. The dry-aged Aberdeenshire steaks are simply amazing! You can also enjoy fabulous cocktails, a good selection of real ales, and draft lagers as well as an outstanding wine list with over 200 bins.