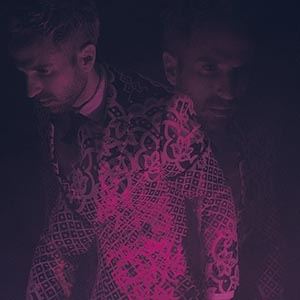 The Head Of Steam, Newcastle Upon Tyne

New York City is a bad place to be when your world falls apart. When you wake up to another three-day hangover and remember your girlfriend left you, your therapist has done all they can and the songwriting life you always dreamed of has become a spirit-crushing grind, chasing major album writing credits as if your talent isn’t your own anymore.

It’s moments like these that make or break lives. Some shift towards the sheer drop into dark water, others pivot onto more positive paths. Luckily, when Irwin Sparkes found himself right here in 2016, he picked up a guitar and wrote the fragile, exquisite, life-affirming ‘Body Weight’, a broken angel’s swoon of a song about the threads that life hangs from and how easily they snap – with a tip over the edge, a turn of a steering wheel. And just like that, his own turned brighter.

Reacting to the shallow perfectionism of modern pop, a focus was placed on honesty. “The record is about limitations: in my ability as an engineer - I had to learn as I went and you can hear me progressing as the album plays – and only allowing myself three takes of each song. I learnt to love the imperfections. I guess it mirrors a lot of the lyrics, which are about facing up to your own imperfections too.”

It was Josh T Pearson’s 2011 album Last Of The Country Gentlemen that turned Irwin towards the tender, guiding him towards Sun Kil Moon and Sufjan Stevens. “When I heard Last Of The Country Gentlemen I was particularly lost, I wept like a baby,” he admits. “It was the album I needed to hear. It rekindled that idea of ‘that's what music can do, that’s the power’. Songs you can believe in, there's honesty, integrity and truth. How about that aim over a chart-position?”

First single ‘Give It Up, Son’ - featuring Irwin’s dad on piano - is a stark, mechanised addiction song, seen both from the inside and the outside. “I wrote it from the point of view of my mum and dad, if they knew the truth about their son, that idea of it being addiction from someone else's point of view, seeing the effect it’s having.”

Then came the spirit-stirring R&B ‘Devout’, inspired by Hippocrates’ idea of the ‘four humors’, which some of his family members had taught him growing up. “It advocates the existence of conflicting sides of the personality. Most commonly one side is extrovert and one introverted. I’ve been ‘diagnosed’ as ‘sanguine-melancholic’. This album has been freeing to live in the introverted world of the melancholic.”

With five songs completed, Irwin felt he had an EP in the bag. He turned to musician and producer Erland Cooper (The Magnetic North, Erland And The Carnival) to help him record it, but Cooper heard a crumbling magic in the demos and instead used them as a bedrock, pulling in favours to add harps and strings. “That elevated it,” says Irwin. “You've got these tawdry demos with a little bit of majesty.

For eighteen months, the White Tail Falls project gathered dust. Then, towards the end of 2017, another six-month burst of song-writing gave him a second batch of songs, this time less wounded, more reflective, about “where I found myself afterwards, and where I was heading.” The haunting ‘Disintegrate’ tackled the thorny topic of procreation – to help bolster what might be humanity’s last few generations or to frolic in the face of extinction as proud end-points of our bloodlines? “I wanted life to just be about me and I always put off having children,” Irwin – now a father of one – says.

‘Rome’s Already Fallen’, powered by piano and orchestra, pinpoints the pivotal moment in a relationship when tempers blow, bruises bloom, things can’t be unsaid and there’s no going back to how things were. ‘Age Of Enlightenment’, a sepia chamber pop wonder, concerns the expectation of success and celebrity we all feel in our cossetted social media age

Irwin didn’t even realise that he’d given the album, the chronological diary of his step back from the edge, a redemptive ending. He wrote the sumptuous ‘Only Getting Easier’ from the first-hand experience of someone trapped in a cycle of habitual wrong-doing (“time kills the sting of doing the wrong thing/It’s only getting easier to make the worst decision of your life”) but barely realised it opened with a pertinent Note To Self: “it was hard in the beginning, you thought the world would end, you did a little breaking and now you simply bend.”

At the end of the journey, Age Of Entitlement emerges as one of the most life-affirming, honest, empathetic and heart-stopping records you’ll hear this year – a record which will make you cry like a baby and remind you of the power of music. A record to imperceptibly pivot lives to the positive, not least Irwin’s. “It’s blown music open for me again and I'm just loving diving in,” he says. “Making this album has changed my life. It’s forced me to confront what I’m made of. I still don’t know how I feel about that.”