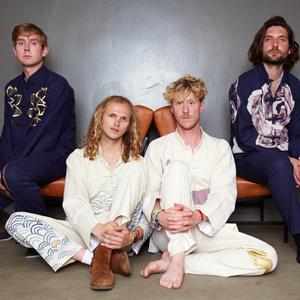 Where to place YIN YIN on the map? Maybe somewhere between Netherlands and South-East Asia, on an imaginary tropical island. That's where they brew a strange cocktail made of disco grooves, powerful "Thai beat" tunes and experimental tropi-synths.

After two remarkable singles on Les Disques Bongo Joe, their 2020 album led to widespread acclaim. The Rabbit That Hunts Tigers, made of groovy tunes and dance killers, could have been the crazy soundtrack of a 60s hippie village on the South China Sea.

Their new long player, The Age of Aquarius, is a simple, direct appeal to dance. With newfound energy, the band are ready to conquer stages across the continent.